So many great new books from our group this summer!!

In the anticipated final book of the Descendant Series, tyranny, betrayal and chaos erupt across the realms.

To trust those you believe would never deceive you would be a grave mistake.

In the belly of the beast, Dante will stop at nothing to wield dominant power of all the realms, while the Trinity summons the Circle of Seven to unleash an attack on the beastly Abigarian and Hellion armies. Will Elizabeth allow the forces of the Dark Realm and coven witches to inflict their wrath, or will she find a way to bring to light the Prophecy of the Three, ending Dante’s pursuit of becoming the supreme lord?

Elizabeth, the transcendent child and the legion of angels must fight against the lies, destruction, and chaos of the Dark Realm in an attempt to stop Dante once and for all.. 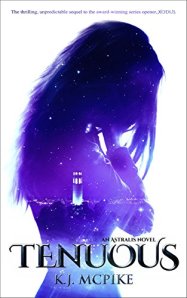 After the tumultuous months following her sixteenth birthday, Lali Yavari just wants life to go back to the way it was before—before her mother left, before she discovered she could astral project, and most of all, before she met Kai. But the boy she would prefer to avoid pops up in her life again, and this time it’s a matter of life and death. When the unthinkable happens, Lali is determined to use her brothers’ time traveling abilities to make things right. Unfortunately, no one warned her that trying to change the past could result in getting stuck there…

Return to the captivating, unpredictable world of the Astralis series in this breathtaking follow-up to the award-winning XODUS. 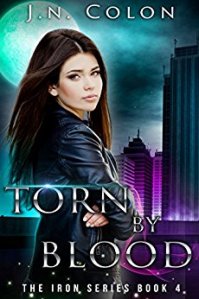 Kory is now a full time student at Amarose Academy and a whole new set of dangers surround her. Her parents’ secrets are beginning to unravel, revealing a web of lies so thick and twisted she’s not sure who the real enemy is. And to make matters worse, her broken heart is leaving her vulnerable to Kye’s darkness lurking around every corner. Taunting her. Tempting her.

As Kory struggles with her conflicting emotions and Rex tries to prove he’s worthy of her trust again, chaos erupts in the ferrum world, threatening their very existence. She must decide where her loyalties lie even if she doesn’t have all the answers.

Nothing is as it seems and when Kye’s ultimate goal is revealed, will Kory’s connection with Rex be enough to save her? Or will she let the darkness win, dooming not only Rex but the entire world? 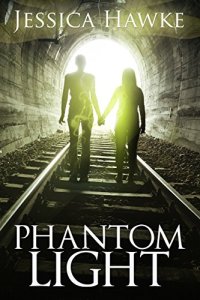 When Valerie Young wakes up from a horrific accident to a world gone gray and cold, she wants to believe anything but the truth of what happened. But as she struggles to accept the dreaded d-word, time is slipping away for her to move on to the afterlife. When she realizes her younger sister has been irreparably altered by the accident, Valerie must choose between a chance at peace and the cold reality of existence as a restless spirit.

6/30 – The Adventures of Charlie Chameleon: Summertime
by Ellen Buikema

The Chameleons’ vacation is off to a bumpy start. Frankie, the family fish, causes trouble on the plane. Papa gets lost driving in the mountains trying to find Mystery Lake, where Frankie is sure mermaids lurk.
When the family returns home Charlie’s old friend, Tamika, visits him and meets his new friends. At a summer soccer game, Boris sees Tamika and is smitten.

These multicultural stories are intended for second and third grade students as well as advanced first graders to read independently. Children ages three through nine will enjoy the antics of the characters in the Charlie books. To the author’s surprise, these books are being enjoyed by a wider audience than expected.

The animals possess human characteristics. Charlie Chameleon takes Frankie the fish wherever he goes. If the fish in Dr. Seuss’ Cat in the Hat represents the Superego, Frankie, one of the feistier characters in the series, is all Id. Frankie wants everything, and he wants it right now.

Each chapter ends with one or more activities for children and parents or teachers to do together, related to the actions in the stories.

The Sevens Prophecy
(With Regard to the End of Days)

​“There will come a day when seven psychic children of the light and seven psychic children of the dark will be born. From the moment of their birth, strong powers will be in place to bring the seven light together and the seven dark together to form two separate but equally powerful groups. The first seven to gather all in one place will seal the fate of the world – dark for hell, light for heaven. At that point the seven deadly sins will take over the world or cease to exist.”

Although Mia and Thomas have successfully unified six of the seven light psychics foretold of in the ancient Sevens Prophecy, it’s not enough to seal the fate of the world for the light. Now the only way to conquer evil is to prevent the dark psychics from gathering. But tracking them down is proving more difficult than they first anticipated and time is running out, especially now that the dark psychics are coming after them.

As both sides of the prophecy gather, which group will ultimately decide the fate of the world?

Pre-order Beyond the Sanctified HERE

7/18 – Revolt: Book Four of the Resistance Series
by Tracy Lawson

To Deny Freedom is to Deny the Human Spirit.

Fugitive Resistance fighter Tommy Bailey has come out of hiding to help rescue Careen Catecher from the clutches of the Office of Civilian Safety and Defense, where she’s been held and interrogated for information about the rebel group. The OCSD is poised to launch the Cerberean Link, a security device that will put all minors under constant surveillance under the guise of protecting them.

Fearful that OCSD director Madalyn Davies’s bid for control won’t stop there, the Resistance puts its own plan in motion to sabotage the Link and oust Madalyn from the directorship. Just when everything seems leveraged in the Resistance’s favor, treachery, lies, and long-held secrets threaten to derail it all.

Will even a life together on the run be impossible for Tommy and Careen? Or will the Resistance’s efforts convince the public to put their fears aside and demand freedom?

Having escaped the dangers of The Keep, Desiree is determined to free Blake. But when a government-enhanced converter goes rogue, the ensuing battle for power, control, and lives makes Blake’s rescue a secondary mission. As Desiree struggles to overcome past demons and new, stifling expectations, she faces converters more powerful, dangerous, and desperate than ever. To protect those she loves, redeem the convergence, overtake The Keep, and honor the Conclave, Desiree will have to redefine her future.

THE CONCLAVE is the intense, action-packed final book in the Converters trilogy; the conclusion of Desiree’s journey.