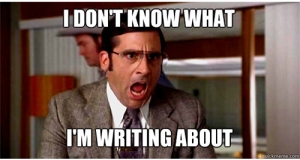 National Novel Writing Month, NaNoWriMo for short, challenges people to write 50,000 words in 30 days, that’s an average of 1667 words per day. I’ve struggled to write that many words this whole year, let alone one day. You can read more about NaNoWriMo here.

I went into this challenge very pessimistically. Both of my published novels are around the 50,000 word mark, and they each took me around a year to write. Doing this in 30 days wasn’t just going to be exhausting, but mentally challenging too. However, I did it, and I couldn’t be more proud of myself.

I haven’t finished the book yet, which is encouraging, as this may turn out to be the longest book I’ve ever written! Chapter six is completely missing, and I haven’t written the ending yet, so I’d hope there’s at least another 5,000 words to add, not including all of the edits I’ve already made in my head!

NaNoWriMo challenged me to write in a way I’ve never written before, and I think I’ll continue in this way from now on. I wrote everything straight into Microsoft Word. Normally, I write by hand and type everything up later. There was no way I’d have the time to do that with NaNoWriMo, and it’s helped me to write quicker which can only be a good thing.

But I’m not the only one who took this challenge head on! Quite a few of us here at YAAR decided to give it a go, here’s what they have to say about their experience, seven days after it’s over.

This was my fifth NaNoWrMo and my fifth win. I love November. It’s the only month of the year that I truly write every day. My challenge now is to keep going until I finish this book … oh and to have fun with my local NaNo peeps at our “Thank Goodness It’s Over Party!” on Saturday. – Debbie Manber Kupfer

Every November I get excited. Not only because it’s the holiday season, but the creative juices around the world start reeving up and it’s addictive. Especially in the book world. And it’s all because of NaNoWriMo This is my second year to join the movement, my first year to “win”, and it was such a wonderful experience. Yes, I have mega bags under my eyes and I’m seriously sleep deprived, but the words that flowed, the relationships that were built (both literal and fictional, the stories that will come of it… EPIC.) – Lili Mahoney

For the first time in my writing career, NaNoWriMo actually coincided with a time when I was able to get a lot of writing done. It really truly motivated me to write every day, which is something I rarely do. In the span of only 30 days, I was able to get 50,000 words written AND plan out the rest of the book (which will likely be over 100,000 words). Having others do this at the same time was awesome! – Patrick Hodges

I’ve done NaNoWriMo for four years, but this was the first year I ever made it to 50,000 words. My secret was getting up to speed by writing 1,000 words a day during the previous month. You really discover which parts of a book you’ve thought through and which parts you haven’t when you have to produce three to five pages a day on it. – Paul Briggs

This was my first time doing NaNoWriMo and I finished my book with 60,000 chaotic, raw, heartfelt words. I’m not sure what I’ll discover when it comes to editing, but having that rough draft done feels amazing! I’d say overall my experience was overwhelming, intense, beneficial, and gratifying. I’ll be ready to do it again next year…or in 2025. – Tenille Berezay

Nanowrimo was like going on a literary bender, but with not nearly enough booze. – K.R. Conway

This was my first time doing NaNoWriMo and I completed my first draft of a novel that I first had the idea for over ten years ago. The challenge gave me the opportunity and the excuse to write it, and I am absolutely in love with the manuscript. Keep an eye out for my novel, Paranormal Painless. – Shannon Rieger

In honor of Rowling’s latest release and National Dog Day, let’s see how many dogs of the Wizarding World YOU can name.

A pair of adorable pups probably come to mind right away: Fang and Fluffy.

Fang is described as a Boarhound, but that is actually another name for a Great Dane, so yes indeedy, Fang is a giant, black Great Dane. I imagine him like the tallest Great Dane in the world, George, who was 7’3” long from his rubbery nose to the end of his ouch-my-face-is-not-a-windshield tail.  Sadly, George passed away in 2013, but he will forever live on in the scratches he left at the top of his family’s refrigerator. It doesn’t seem fair, but large dogs do not live as long as smaller ones. I hate to think how many raw steaks Hagrid will need to hold over his swollen eyes when Fang must leave him.

Fluffy is the large, vicious, three-headed dog that guarded the Philosopher’s Stone and could only be tamed through music. I love the idea of a three-headed dog.  You get three times the adorable, loving stares and only one part of the . . . you know.  In The Philosopher’s Stone, Hagrid explains that he got Fluffy from “a Greek chappie.”  Rowling is showing off her impressive knowledge of ancient myths and legends with this off-hand remark, as Greek mythology is replete with three–headed canines, also known as hellhounds.  The most famous of the pack, Cerberus, guarded the entrance to the Underworld.

A Greek amphora from 500 BC showing us Hercules taming a two-headed Cerberus, (apparently by singing to him since I don’t see an instrument).  I’m not sure what happened to head number three, but I guess you can afford to lose your head when you’ve got a couple of spares.

Remember him?  Maybe not, because despite his impressive name, he is a decidedly non-magical creature.  Ripper is the favorite of Harry’s Aunt Marge’s twelve bulldogs. He once chased Harry into a tree, which wasn’t very nice, but he also sunk his teeth into Vernon’s leg, so there’s that.

What?  You didn’t think of Crups?  That’s okay, they only get one quick mention in The Order of the Phoenix, as creatures studied in Hagrid’s Care of Magical Creatures class.

Crups are wizard-bred dogs that look like Jack Russell terriers, except that they have forked tails.  Popular singer Celestine Warbeck is known to be a breeder of Crups. The Jack Russell in this picture may or may not have a forked tail, but he sure looks magical! Accio Crup!!

That’s right, Ron’s Patronus, his alter-self, is a dog—a loyal if not altogether bright creature. The choice of a Jack Russell for Ron was a sentimental one, because Rowling once had one for a pet. Going with the red hair theme, I would have picked an Irish Setter, but that was probably too obvious. So obvious, in fact, that my patronus is probably a dog . . .

The Grim is the omen of death in the form of a giant, shaggy black dog that Harry didn’t actually see.  Oh, he did see a dog, but it didn’t turn out to be the Grim, and Harry did not die.  Several dogs could be the source of Rowling’s Grim, including the Black Shuck of English folklore and the Cu Sith of Scottish mythology, both of which signal death.

There’s also the Church Grim of Scandinavian and English folklore, a guardian spirit that guards churchyards after being buried alive there for that purpose. Shudder.  A description of the appearance of the Black Shuck at a church in Suffolk, England in 1577 starts with: A Straunge and Terrible Wunder wrought very late….

There is also mention of two dogs owned by Hermione’s parents after she modified their memories and sent them to live in nice, safe Australia (and I’m going to pretend they were dingos), and Hagrid compares baby Aragog to a Pekingese in size. How sweet. Additional dog mentions occur in the Harry Potter films, video games, companion books, and on Pottermore.  You can learn about them all at http://harrypotter.wikia.com/wiki/Category:Dogs 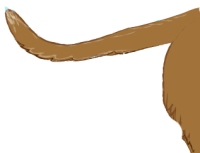 It’s no surprise that dogs sniff their way into Rowling’s books; if humans cannot live without the furry, tail wagging wonderfulness that is dogs, why would wizards want to do so?  Only problem is, Dinky, the Great Dane in my middle grade book series, can’t stop drooling over the fact that Fang is also a Dane.  Suddenly he is a Fang Fandog!  Down Dinky, down!  Yes, I will get you a Fang poster for your doghouse, but in the meantime, my face is not a windshield!  Ow!