In Defense of Insta-Love

I do three things when I’m trolling the aisles of heaven (re: bookstore), searching for a few new books to burn my paycheck on:

Let me tell ya – I’ve learned one thing about Goodreads and that’s that many readers apparently hate any novels with “insta-love,” but I’m calling out their whining as “bullshit.”

Because they’ve done it themselves. Repeatedly.

Let’s face it – novels have plenty of this “insta-love” thing going on, BUT I find that it’s (usually) not actually insta-love. It’s insta-LUST and lemme tell ya – we’ve ALL been there.

We’ve drooled over the movie star, licked the Abercrombie bag (well, I have), and mentally stripped the barista hottie who’s serving Starbucks (yes, we females are just as guilty of doing it as the males, but we’re sneakier about it). Fellow writer Trisha Leaver would no doubt shove me from her car and haul butt for her TV if she realized the new season of Outlander had suddenly appeared because, well . . . hot Scot in a kilt! (FYI – it’s not on yet, damn it). 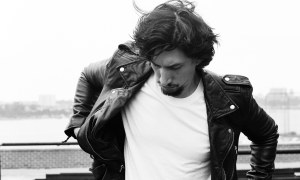 And Lust can corrupt your sanity and your morals. Take, for horrifying instance, my teen daughter: she’s totally in love with Kylo Ren from Star Wars. The second that jerk took his helmet off on the big screen and tried to suck the brain cells out of Rey, my daughter was drooling. DROOLING. Hello? RESIST THE DARKSIDE, GIRL! That’s lust.

And honestly, I’ve never known love-at-first-sight, but I’ve totally known LUST at first sight. Sometimes it evolves into love, other times . . . meh. More importantly, if you go back and really read all those book which have been labeled as “insta-love,” you’ll realize that they are actually insta-lust, which happens every second of every day.

I guess my point is that you can’t bash insta-love because it’s a truth of life (just sorta misnamed by readers). I tried to cover every variation of love in my books because I’ve known all the variations through my friends, family, and my own life.

And other times, a cautious friendship starts first, then love, then lust (Christian and Elizabeth).

But you can’t bash insta-love / lust because you think it’s cliché.

It’s not and we all know you’ve done the insta-love / lust thing with the movies, TV, books, and the Chris Helmsworth lookalike working on the roof next door. Even freakin’ love triangles are real (what a nightmare, FYI – in real life, it’s a major pain in the ass).

So, if I have no issue with insta-love / lust and love triangles in books, then what do I loathe in a novel? That’s easy: dumb heroines and crappy characters. Bad writing and thin storylines.

So, yeah – I’m calling out all you insta-love haters because we all know you’ve done it, multiple times, and lust is good for ya. If you’re gonna whine and protest about something, protest bad writing. Protest shallow characters, boring stories, and weak females, but not the lust.

Because, quite frankly, lust makes the world go round.