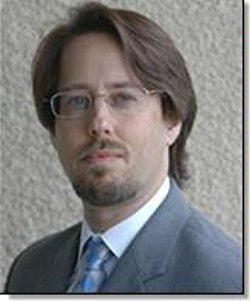 Michael Bialys is from Toronto, Canada, where he began his career as a self-taught pianist, composer and lyricist. His song “Going for Gold” was performed at the 1988 Canadian Olympic Winter Games in Calgary, Alberta. In addition, Mr. Bialys’ song “I Want it All” was performed in 1988 by the Canadian Opera Company backed by the Toronto Symphony Orchestra.

While pursuing a music career in Los Angeles, Mr. Bialys studied law at Western State Law School. He passed the bar in 2004 and is a current member of the California State Bar. Michael practices DUI defense and owns an exclusive and well known DUI practice, branding himself as the DUI MAN!

While attending law school, Mr. Bialys met and married his wife. It is his wife and three children who inspired him to write his first novel entitled “The Chronicles of the Virago: Book One The Novus,” currently in release.

Although his first book was intended only as a gift for his eldest daughter, Makenna, the enormous feedback Mr. Bialys received convinced him to continue the saga. The final two books in the series have been completed and await publication. Michael Bialys currently lives with his wife and three children, and two dogs in California.

The Chronicles of the Virago: Book I – The Novus

The Chronicles of the Virago: Book II – The Apprentus