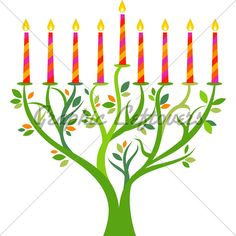 Esmeralda Grunch woke up from her bed deep inside the hibernating tulip. The tulip was snoring again. The flower sprite nudged its petals hoping to coax it back into silent slumber, but to no avail.

Reluctantly, Esmeralda reached up and parted the crimson petals. A harsh burst of frigid air slammed the sprite and for a moment she contemplated going back to sleep, but that wouldn’t do. Tonight was the first night of Chanukah and she had an important task to complete before sundown.

She eased herself out of the sleeping tulip and shivered as a huge snowflake landed on her nose. Ugh, she hated snow. Her friend Lucinda, who lived in the snowdrop at the other end of the garden loved snow, especially as her bloom was the only one that didn’t hibernate during the winter months.

As she flew over the garden she saw the other sprites busy with their holiday preparations. Some were wrapping presents, others were collecting fairy gelt, and still others were painting dreidels. In the middle of the garden was a fairy ring made of brightly colored toadstools and in the center of the ring sat a large silver menorah. Two candles had been set in its holders – an emerald one for the first night and a deep azure candle for the shammas or helper candle.

Esmeralda flew down to a stately sleeping daffodil and tapped gently on its petals.

“Wake up Daphne! It’s almost Chanukah. You can’t sleep the day away.”

“Don’t get your wings in a twist, Esmeralda. I’m coming.”

“Have you got the potatoes?”

“Of course, I’ve got potatoes. What do you think I am – a troll? Give me a hand here. No wait a moment, let me use my wand.”

The daffodil sprite took out a canary colored wand and levitated the bag of potatoes out of the recesses of her floral home. The sleeping daffodil made little grumbling noises, then settled its petals and returned to its dreams.

Next they visited Moshe who was sitting on the ground by his marigold cradling a large glass bottle.

“Ah, there you are ladies. I have the oil ready. Only the best from my friend, Olive.”

Next stop was Percy who dragged a huge copper skillet out of his petunia. The pan was easily twice his size. Daphne levitated the oil and the skillet and the four flower sprites flew on to the edge of the garden to the home of Phoebe, the phoenix. Phoebe lived in a sunflower that burned brightly and yet magically did not melt the surrounding snow.

The phoenix flew out to meet the sprites. “Ah, you arrived. Now we can make the latkes for tonight’s celebration.”

All that day the sprites grated, mixed, and fried, while Phoebe the phoenix supervised the flames. By sundown they had a tray of piping hot latkes.

Daphne took out her wand once more and levitated the tray and they all flew to the fairy ring to watch the phoenix light the candles. Then they shared the latkes, exchanged presents, and played dreidel for fairy gelt.

Finally, tired and happy, Esmeralda made her way back to her tulip, where she settled herself into her petal bed and fell fast asleep.

Check out an interview with Debbie HERE.

Debbie has a page on the YA Author Rendezvous site HERE.

You can see the YA Author Rendezvous on Facebook HERE.

As ever, we hope you enjoy this month of joy. From everyone here at the YA Author Rendezvous:

One thought on “Esmeralda’s Chanukah”