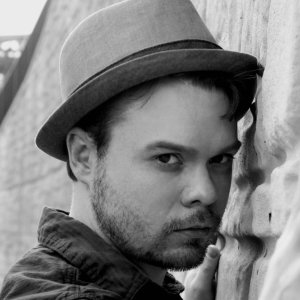 An Interview with Korey Ward.

Tell us about you! Where are you from? What’s your family like? We want to know it all!

Well, I grew up in the small town of Flatwoods Ky. I was raised by my grandparents on my mother’s side. They took sole custody of me when I was about six, because I was in a really bad place at that time in my life. My father took off shortly after I was born, and my mother is an alcoholic who likes to throw wild parties. I could literarily write a book on all the things I’ve seen and experienced just with in the first 5 years of existence. And perhaps I will one day. I owe my whole life to my grandparents because without them I probably wouldn’t have one.

When and why did you begin writing?

My writing, I believe, was a progression of little ideas before I ever even dreamed of writing an entire novel. My first experience with writing, that wasn’t part of my schooling, was in the form of little poems that would pop into my head from time to time. Then after high school I formed a rock band called Fates Tragedy. We were together for about 8 years, and were becoming quite successful locally before we all went our separate ways. I wrote the majority of the lyrics for the band, which I found easy transitioning from poetry to structured lyrics. It wasn’t until after my daughter Zoey, was about 8 years old that I even thought about writing a book.  We were rather poor at the time and we couldn’t even afford cable and it was well before streaming services such as Netflix, so we started to buy a book or two a month and I would read it to my daughter, and even act it out occasionally. After reading the likes of the Grey Griffins series by : J. S. Lewis, and Derek Benz, someone suggested to me that I should write my own stories to read to Zoey since I had a vivid imagination. That is when I began writing the first lines to what would later become Rise of the Shadow Seekers. It wasn’t until years later that I buckled down and finished the book, due to my wife’s constant encouragement.

What books do you have published and where can we buy them?

I have two books published at this time. The first Being Rise of the Shadow Seekers: The First Seeker. It was published on November 3rd 2015 under Korey L. Ward. The second book is Strawberry Sorbet: A Noir, published on Valentine’s Day 2016, under my pen name, Landon Wake. You can find all of my books on amazon, BAM online, and Barnes and Noble online.

What project are you working on now?

Right now I’m working on a psychological suspense thriller called G.P.S I can’t reveal any more details than that at this time, other than it will be published under my Landon Wake pen name. In case you were wondering, I use Korey L. Ward as my young adult/ kid friendly books, and Landon Wake as my more adult themed books.

What is the hardest thing about writing?

The hardest thing about writing for me is the stick-to-itiveness. With life and work and family and just not being in the mood, gets in the way sometimes, but you just have to push through it.

What is the best thing about writing?

The best thing about writing to me, is that feeling of completion, and knowing that others will get the chance to hopefully enjoy the labor of my love.

Just for fun… If you were a superhero, what would your superpower be?

If I were a superhero, I would have the power to heal all diseases. If you really want to save someone I think that is the best place to start. Superman could catch a person falling from a tall building, wouldn’t be able to save that person from the cancer that will take their life next week.

What book are you reading now?

Who are your favorite authors?

Where can readers find you to say hello and keep up with your latest news and new releases?

And finally, anything specific that you would like to say to our readers?

Yes, of course. I would love to thank you all for giving me a chance. I strive to entertain you all and poor my heart and soul into all of my books. I also have to give you props for actually reading to the end of this whole thing, Ha! Check you later.