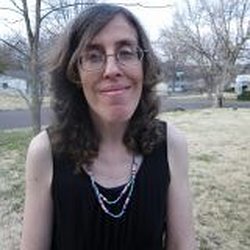 So, I’ve read the first two books in your series, P.A.W.S. as well as a few of the short stories. They’re all great. Can you tell us about them?

The first two books of the series, P.A.W.S. and Argentum are out and I’m currently working on books 3 and 4. (I’m not sure how many books there will be in the end). It’s a YA fantasy that focuses on an international organization of shapeshifters, The Partnership of Animagi, Werewolves and Shapeshifters (otherwise known as P.A.W.S.) I’m also releasing a series of short stories that tie in with the series, Tales from P.A.W.S. both as individual ebooks and as a combined paperback.

When I’m not writing fiction I write puzzles for magazines and my website Paws 4 Puzzles and in early 2015 I published a book of logic problems, Paws 4 Logic together with my son, Joey.

You have so many wonderful characters. I know who my favorite is, who’s yours?

I have a particular fondness for Joey, the animagus kangaroo Australian exchange student as I based this character off of my son who shares a lot of his characteristics.

My absolute favorite character however first appears in Argentum. He’s Gromer the Green – an old Welsh warlock with a fondness for pea soup (don’t forget the wizzlewoop). Gromer will be coming back in book 3 and I also plan sometime in the future to give him his own tale.

Your main character, Miri, is a shapeshifter that can turn into a cat. Do I sense some major cat love? What made you choose this animal over all the other ones we see in paranormal fiction these days?

Well first of all I need to point out that there are many different animals that are part of P.A.W.S. – everything from toads, to snakes, to flamingoes! But yes, cats do hold a special place in my heart and Miri is a cat because if I were a shapeshifter that’s the form I would take. Danny (also a cat animagus) explains it best – cats are known for being able to blend into the shadows and have a magic all of their own.

So, Alistair – he’s the ultimate bad guy. For those who haven’t read your books, can you give a little background on him? What goes into creating a villain?

Oh yes, Alistair. You may be surprised to know that Alistair wasn’t even in my original idea for P.A.W.S., rather Miri’s Uncle David was going to be the main antagonist, but a few chapters in Alistair emerged and basically made the story all about him.

But there’s a lot more to Alistair then first meets the eye. I don’t believe that anyone is evil in a vacuum. There’s always a reason, and Alistair has his reasons. That’s why I wrote his origin story, Alistair, in Tales from P.A.W.S.

Oh yes, Alistair was my favorite short story of yours. How do you walk that line between a villain that readers just hate, and one that’s a little more complex? A little more fun?

Despite his evil, I think readers are drawn to Alistair – just like Nora and his pack are in his story. He’s attractive and has a charisma that shines out beyond his magic. I’m a huge Harry Potter fan, but the one part of the series I personally felt was weak was how Voldemort was drawn. There’s really no part of the series when we empathize with him and he’s mostly in the shadows while others, Snape, Malfoy, Umbridge take on the real role as villain.

Were there alternate endings that you considered?

Not really for P.A.W.S. – I have a clear vision of the ending of the whole series and have even written the final epilogue – but I have only a vague notion of how we’re going to get there, but I’m looking forward to the journey.

What authors have inspired you to write?

On a personal level after I wrote P.A.W.S. I took my prologue to a local writer’s group. Those writers who have since become my friends were probably my biggest inspiration. I also had the good fortune to meet Ben Reeder at a science fiction conference last fall. Ben, an indie author, who has been able to earn a living wage from his paranormal and zombie books is a huge inspiration. He proves that with good writing and a little luck it is possible to really succeed as an indie.

I think there are very few of us that haven’t been influenced by JK Rowling. I know I was. What age were you when you started writing?

I’ve been writing ever since I was a kid. I sent one of my stories about a day when I turned into a ladybug to the Puffin Post when I was around eight years old and got a mention in the magazine.

Do you ever experience the dreaded writer’s block?

A little – usually when I do I’ll go for a walk and take my writing out to a coffee shop or McDonald’s. I’ll write the old fashioned way then in a notebook and I’ll people watch. I love people watching – and yes a lot of those folk end up in my stories.

Do you work with an outline, or just write?

I’m mostly a discovery writer. I have a vague outline in my head, but not usually on paper.

Do you ever get sad when you realize that the characters that you’ve created aren’t real?

What do you mean they aren’t real?!

Here are a couple of fun questions! If you were a super hero, what would your super power be?

I want “Mary Poppins” power. The ability to snap my fingers and have the house clean itself so I have more time to write!

If you could have any accent from anywhere in the world, what would you choose?

That’s an odd question. I grew up in London so (at least when I’m in the US) I have an East London accent. It’s not a posh accent – I don’t speak the “Queen’s English” and neither would I want to – but I find it strange how many Americans tell me they “like my accent”. The other thing that’s strange to me is when I go to England my friends there tell me that I now have a slight American twang to my accent. I, of course, can’t hear it all, but I believe they are right.

I have a friend who also grew up in England but while I moved to America he moved to Australia. A few months ago he posted a video of an interview he did on Australian TV and I was dumbfounded; to my ear at least he had lost every trace of his English accent and sounded completely Aussie!

Can you tell us about your challenges in getting your first book published?

When I first wrote P.A.W.S. I wrote it for myself. I had the story burning inside me and I knew it needed to come out. I only started thinking about publishing after I took my prologue to a local writer’s group. With trepidation I read it aloud and was amazed by the response. The writers in the group loved it and told me I needed to publish and one of those writers was Robin Tidwell of Rocking Horse Publishing. I knew nothing about the publishing process at the time and RHP gave me my chance for which I am truly grateful. They published P.A.W.S. and a year later the sequel, Argentum.

In the meantime I met more writers both online and off and started learning about what indie publishing really entailed and in spring of 2015 ventured into self-publishing on Createspace when I published together with my son our puzzle book, Paws 4 Logic. I discovered that not only could I self-publish I also enjoyed the process and the freedom it gave me to set my own publication dates, choose my own covers and generally be in control.

When my original contract expired with RHP for P.A.W.S. I thought long and hard and decided not to renew with RHP and in September 2015 I rereleased P.A.W.S. with a new cover and bonus bits. I’m grateful for the chance RHP gave me originally, but today I’m happy to be self-pubbed.

If you had to go back and do it all over, is there any aspect of your novel or getting it published that you would change?

I would have done some of the social media stuff in advance. Set up a blog, had a blog tour, online release party, stuff like that. When I was brand new at this I had no idea about the marketing side.

Can you tell us about your upcoming book?

I have a few upcoming projects. Firstly I’ll be releasing my three Tales from P.A.W.S. – Alistair, Ramora and Griddlebone – together in their own small paperback. I’m also working on a collection of my flash fiction stories, Tea and Dark Chocolate, that all being well will release sometime in the next few months.

Then there are my picture books, Adana the Earth Dragon and Cecilia’s Tale. Both of these are out with illustrators at the moment and I’m very excited about the stories. Adana is the tale of a small brown dragon who discovers that she can do big things. Cecilia was my cat in Israel and this is the story of how she found and adopted me.

Finally towards the end of the year I will republish Argentum and then the third part of the P.A.W.S. series, Umbrae. In Umbrae (which is currently out with my beta readers) Miri will travel to Israel and discover the secret of the purple book with Argentum on its cover that she first received in New York from the old crone.

How do you deal with criticism of your work?

I try to take it in my stride. Not every book is for everyone and that’s OK.

Do you have any advice to give to aspiring writers?

Try NaNoWriMo (National Novel Writing Month). It helps me a lot to set aside the month of November, (and April and July for Camp NaNo) to write. For just month at a time I can concentrate on my writing and let the other stuff slide. Also the social aspect of cheering each other on really helps me and I’ve made some good friends through my local NaNo group.

How important do you think reading is to your writing?

Essential. I truly don’t understand folks who don’t read. I read constantly and I think it helps me be a better writer.

Do you have any strange writing habits?

I must have a mug of tea with milk at all times!

What is your biggest fear?

That I don’t make it to the end of my series. I’m a cancer survivor. I understand that we’re all mortal. P.A.W.S. is my little bit of immortality that I want to leave with the world and really hope that by the time I check out my story is complete.