Several great books to tell you about this month!

In book three of the Xavier fantasy series, Xavier Jones and his best friend and guardian angel, Gabe are released from the dungeons of St Griswold College. They must find a way to reach Green Isle where Mortimer and his men are fighting those intent on conquering Clanarde—demons, gargoyles and the Darklaw. In the quest to fulfil his destiny, Xavier discovers the first secrets of the mysterious Celestial Ledger and witnesses a horrifying event in the grounds of St Griswold College.

The Xavier series is set in the year 3016 and war is raging on Kepler, a planet settled by travellers from Earth 500 years earlier. Angels, demons and wraiths are battling in the night skies over the island of Clanarde. In a dystopian landscape left ravaged by the Great Atomic War 300 years ago, men, wizards and the original island’s inhabitants fight with gargoyles, shape shifters and the Darklaw using everything from physical combat to old magic. At the centre of the battle, young Xavier Jones fights his inner demons while trying to fulfil his destiny to save the children of St Griswold College.

The final chapter in the Dark Winter series.

What would you risk losing, in order to win?

As the Crescent Moon set on that last day of winter, the residents of Gorswood realised that the horrors that had been contained in the woods for so long, had finally risen, and were coming for them.

With the fate of Romilly, Beth, and Gorswood’s greatest ever witch uncertain, an age-old evil senses its time has come, threatening to cover the inhabitants of Gorswood in a new and never ending terror.

Even if the newest owner of the Mirror of Souls is to prevail, at what cost will her victory be?

Meanwhile, the last rites on a long dead demon need to be performed. But her spirit resides in the most terrifying place of all, meaning that a choice will have to be made.

A choice that will affect the entire world…..

Link to the Book on Amazon HERE 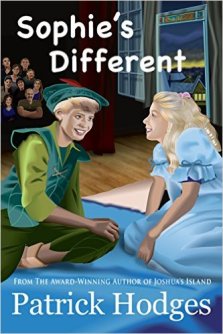 Middle school is all about fitting in. It’s about not standing out. After all, kids can be cruel.

Sophie Devereaux doesn’t fit in. She and her two best friends, Marissa and Michelle, are seen as misfits. Things only get worse when Sophie runs afoul of Alexis, the most popular girl in school.

Ayden Saunders doesn’t fit in. Tragedies in his life have caused him to retreat into the shadows, where he watches his classmates from afar and fantasizes about being a superhero.

When Ayden overhears a plot to ruin Sophie’s life, he knows he can no longer sit on the sidelines. The two of them soon discover, to their amazement, that life is not about fitting in, it’s about being true to who you are. 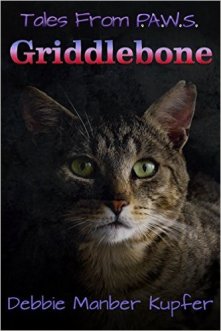 The werecat flexed his claws, as he waited in the shadows. Griddlebone wished he could rescue them all, but his orders were clear. He could only take one …

A short story from the world of P.A.W.S. 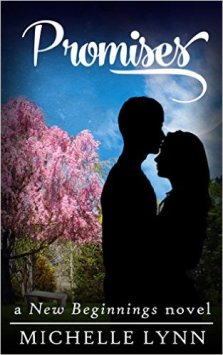 Do you promise you’ll always be here for me?

It was a game they played, only it wasn’t a game. Maggie Marks held on to Elijah’s childhood promises as a way of escaping a life that was far from perfect. Elijah Lugo was her neighbor, her best friend, her family. He was everything her parents refused to be, everything she needed. He was her first kiss and a witness to more of her father’s drunken rants than she could count. He was there at her wedding and then held her when it all fell apart. Elijah was in love with her, but she was afraid loving him would eventually mean losing him too.

They were no longer kids, pretending everything would work out in the end.

When Maggie’s father reenters her life in an unexpected way, revealing long held secrets, her world is turned upside down and she will need Elijah more than ever.
A story of friendship and family. The promises you make and the ones you keep.

One thought on “March – New Releases”

Follow YA Author Rendezvous on WordPress.com
Join 163 other subscribers